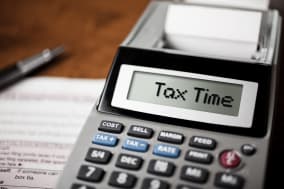 With the deadline for submitting an online tax return fast approaching, taxpayers are being warned to steer clear of copycat websites that charge for what should be a free service.

Google 'tax return' or 'congestion charge', for example, and the site topping the list won't be the official one; instead, it's a company offering to process applications in return for a fee. Frequently, users fail to realise that they are paying over the odds until it's too late.

%VIRTUAL-SkimlinksPromo%
Unfortunately, there's nothing illegal about acting as a middleman in this way, with many such websites claiming that they are providing a valuable service by checking applications.

"The major concern from complainants is that they feel misled into thinking that this is the official provider, and in some cases they've paid a lot more," says an Advertising Standards Authority spokesperson.

What is illegal is giving the impression that an independent website is the official one. "Essentially, the rule is that ads should not be misleading," says the spokesperson. "If there's nothing to say 'we're not the official provider', then that's not acceptable. And if that statement is tucked away, it would obviously be problematic."

The ASA has the power to name and shame companies that refuse to comply, and can place sponsored ads on their websites highlighting the fact that they are not the official site. As a last resort, it can refer cases to the Trading Standards Institute, which has the power to impose fines.

Last week, it took action against one site, paylondoncongestion.co.uk, ordering the London congestion charge site to make it clearer that it is not affiliated with Transport for London, and to make its fees clear before the point at which users have to to enter their personal details.

In November, the question of copycat websites was raised in the Lords by Lord Brabazon of Tara, with Lord Mawhinney and the Earl of Shrewsbury admitting they'd fallen for such websites themselves. The government claims it's doing everything possible to limit abuse, including talking to Google about the positioning of such sites in search results.

In the meantime, taxpayers are advised to head straight for the official HMRC site at http://www.hmrc.gov.uk/. For the London Congestion Charge, the official site is here; HM Passport Office is here; and the DVLA is here.

Beware 'fake' HMRC websites, taxpayers warned
First Direct found that the most common type of fraud was the 'fake email', which makes up 53% of all scams. This is also known as phishing, and involves the fraudsters contacting you, requesting personal information like passwords and PINs. They use all kinds of methods to persuade you to reveal your details: from pretending to be your bank, to pretending to be the taxman. Earlier this year HMRC warned people to watch out for scam emails promising tax credit refunds in return for account details - timed to coincide with a major advertising campaign to remind people to renew their tax credits.
This is an old and established scam, but is the second most prevalent in the UK this year. It involves someone getting in contact with a sob story, and asking for a sum of money in return for paying you a larger sum. If you pay up you may get requests for more cash but you will never receive a payout. This year the horrible twist on the scam was that the gangs pretended to be a victim of the war in Syria, in desperate need of money and able to pay you from money he has hidden overseas, once you give him enough money to escape the country.
This is a new take on phishing, which Financial Fraud Action warned about in August. They said victims receive a cold call asking for personal or financial information. Some 39% of all people targeted by these calls said they found it difficult to tell if the person was genuinely from their bank or whether it was a scam. First Direct says this is the third most prevalent type of scam.
Duplicating your bank cards made up 14% of fraud this year. Old-fashioned card scams are actually on the rise this year. The experts say that the introduction of chip and PIN means 'crude scams' are back in vogue, where criminals distract people in shops and bars, or shoulder surf at cash machines and then steal customers' cards without them noticing.
These also make up 14% of all scams. You receive an email telling you that you have won a lottery. All you have to do is get in touch with the 'claims agent' who you'll need to pay a 'processing fee' or a 'transfer charge' to. These 'agents' are all criminals, who will just take your money and run.
We warned in November of a boom in phoney research calls. Boiler room operatives will call pretending to be university researchers looking into investor confidence. In fact, they are just trying to find out how best to exploit you: asking how much cash you have, your attitude to risk, and determining whether an appeal to greed would work.
Back in May we warned that you could receive a telephone call out of the blue from someone claiming to be from Microsoft. The scammers were using a variety of techniques to extract money from their victims. These included infecting computers with malware and charging to remove it, charging people a fortune for help they didn't want or need, or even just asking for their credit card details.