The best petrolhead events of 2014 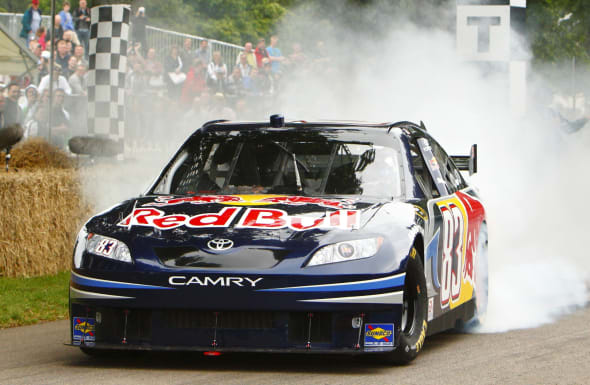 The aftermath of Christmas typically sees people being left with an expanding waistline and an unhealthy bank balance, but that doesn't mean the rest of 2014 has to be all doom and gloom.> There are motoring events happening all across the country this year that will have the blood pumping through any self-respecting petrol head's veins, reports Tamsin Fewkes.

Take a look at our pick of the best below and don't forget to click on the links for more information...

January is typically one of the most depressing months but not when the Autosport International Racing Car Show is in town. It is one of the leading UK exhibitions for car enthusiasts, offering an array of new models, stars of the motor racing world and plenty of stands to stock up on motor racing paraphernalia. The show takes place between the 9th-12th and is held in Birmingham at the NEC. Tickets start at £32 for an adult or family tickets are available for £82.

February brings plenty of automotive love as from the 15th to 23rd, the Beaulieu National Motor Museum is hosting a weekend of February Fun. On display will be period artefacts, early motoring clothes, photos and documents, as well as a giant Scalextric track to have a blast on. Adult tickets are £20 and children get in for just £9.95.
Things are picking up speed in March with the Fast Show at Santa Pod Raceway on the 23rd. There will be stunts, drag racing and plenty of tyre-smoking drifting displays. Ticket prices vary between £12 and £40 and weekend camping is available for a family getaway.

April sees the first race of the 2014 FIA World Endurance Championships at Silverstone during the weekend of the 18th – 20th. The series will feature multiple classes of car competing over lengthy endurance races. Expect plenty of bumps and scrapes and make sure you have the coffee brewing. Tickets start from £20.

May the 4th be with you at the Stratford-upon-Avon Festival of Motoring. More than 300 classic cars and special interest vehicles will be on display for enthusiasts to peruse. The event features two runs through Warwickshire and Gloucestershire, starting on the streets of Stratford-upon-Avon. 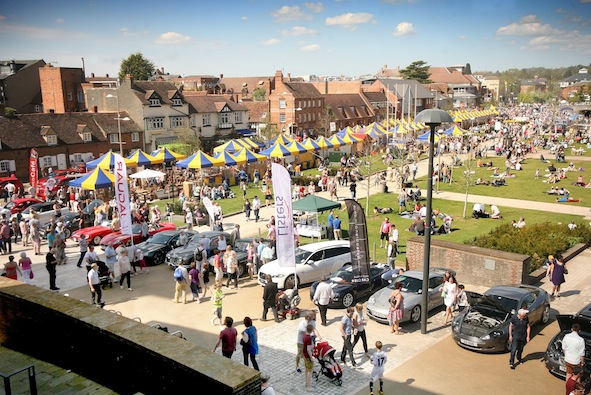 A good replacement for a mug and a pair of socks this Father's Day are tickets to the Goodwood Festival of Speed. From the 26th – 29th June, Goodwood House hosts this exceptional show, featuring everything from historic motor racing vehicles to the latest concept cars and MotoGP bikes – all gunning up the iconic hill climb route. It's held in the grounds of the glorious Goodwood estate and celebrates anything that has an engine (or electric motor). Prices start from £95.

Silverstone has the honour of hosting another F1 British Grand Prix on the weekend of the 6th July, hopefully ushering in a sizzling summer. The F1 stars will go toe-to-toe over 52 gruelling laps and, thanks to the new engine rules, expect plenty of excitement. Prices start from £65 but get in quick as they will sell like hotcakes.

The 25th August sees some of the world's sexiest automobiles descend on Beaulieu's brilliant Supercar Showdown. Lovers of the exotic will be spoiled for choice as Ferraris, Lamborghinis, Porsches and Bugattis rev their engines and smoke their tyres. Tickets are just £7 for children and £11 for adults. Or if you fancy a proper festival experience why not check out Radio 2 presenter Chris Evans' CarFest. Held in both Hampshire and Cheshire, it brings together cars, music and plenty of family fun. Tickets start at £57 for adults and rise to £265 for the full VIP treatment. Kids up to 16 are considerably cheaper and children under 6 go free.
Need a break from four wheels? The MotoGP has some of the world's most amazing bikes and fastest riders meeting at Silverstone on the 29th – 31st of August. Prices start from £12.50.

Drive the same racing line as your F1 heroes at Silverstone this September during its Your Car, Our Track event. Starting at the Silverstone hospitality wing, you'll be treated to refreshments before being let loose on the famous F1 circuit in your own car. Prices start from £259 and trackday insurance is advised.

Take a trip to the Prescott Speed Hill Climb on the 5th and 6th of October to enjoy a gathering of the most impressive American muscle, including Mustang's, Cadillac's and Chevys. Tickets are just £9 per person and enthusiasts are encouraged to display their vehicles. The event also features a Wall of Death as well as blues band tributes and other entertainment.
Tags
Read Full Story Click here to comment