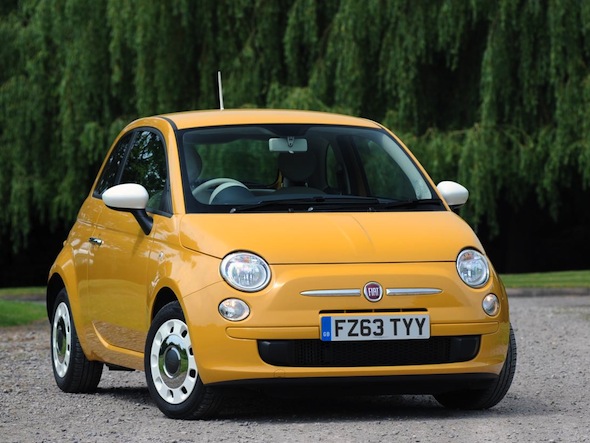 A young woman has been found guilty of criminal damage after she bit into a car's roof during a roadside argument.
Rhian Jeremiah, of Cardigan, west Wales, was on a night out to commemorate the death of her boyfriend, who had recently drowned off the Welsh coast, when she got into an altercation with a motorist on the side of the road.

After witnessing Jeremiah shouting and slurring and trying to open the passenger door, the car's occupants looked up to see her sinking her teeth into the door frame of the white Fiat 500.

Obviously blessed with a strong jaw, Jeremiah left teeth marks in the panel, which cost £220 to fix.

It is unclear how the argument, which occurred outside a takeaway shop in the early hours of the morning, actually started.

The Car's owner, 23-year-old Selina Day, told Aberystwyth Magistrates' Court: "She came up to the car and tried to rip the door open," reported the Daily Mail.

"I couldn't understand what she was saying - she was very drunk and was abusive.

"There was a bit of an argument and she sunk her teeth into the part of the car above the window. I could hear metal crunching."

Jeremiah had denied causing criminal damage to the car but was found guilty.

She was handed down a 12-month community order and ordered to attend counseling for alcohol abuse.
Tags
Read Full Story