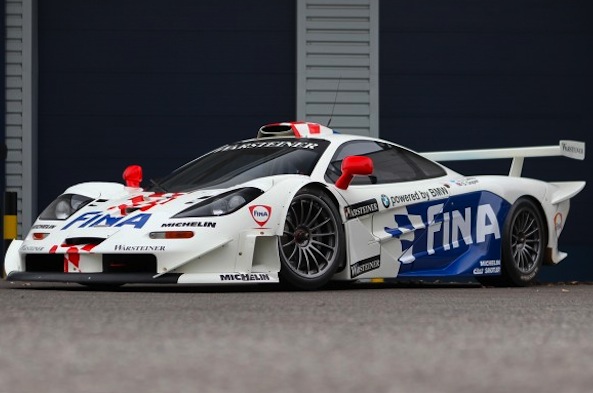 An upcoming car auction in Scottsdale, Arizona, looks set to have automotive fans drooling and then raiding their bank accounts due to the sheer weight of extremely rare and collectible vehicles on display.
Sitting atop the dangerously brilliant list of exotic metal is a McLaren F1 GTR 'Longtail' – a racing variant of the iconic McLaren F1 that competed in the likes of the FIA GT Championship and the British GT Championship.

Underneath the aggressive, race-ready bodywork lies a BMW-built 5.9-litre V12 engine that kicks out a monstrous 600bhp. Customers also get a car that was driven to victory by JJ Lehto and Steve Soper at FIA GT Championship races in Hockenheim and Helsinki.

It is said to be the most successful BMW team car in private hands and for that reason it is predicted to sell for anywhere between $5 and $7 million (£3 million to £4.25 million).

Also on the lot list is a beautiful 1961 Ferrari 250 GT Coupe Specialé that could fetch up to $3 million (£1.2 million), a pristine 1960 Aston Martin DB4 Series II and an exceptionally rare vintage 1949 Talbot-Lago T26 Grand Sport.

Potential punters will need a healthy bank balance as even the 'more affordable' stuff like a rare 1983 Toyota FJ40 Land Cruiser looks set to fetch a Porsche Cayman-rivalling $60,000 (£37,000).

Interested parties can click on the link here but be warned, the sudden desire to book a flight to Scottsdale and overwhelming feelings of inadequacy may arise.

We're already considering selling off a few organs for the opportunity to own a BMW M1 with just 2,700 miles on the clock.
Tags
Read Full Story Click here to comment