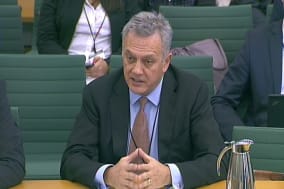 %VIRTUAL-SkimlinksPromo%The boss of Gatwick has offered profuse apologies to passengers following the Christmas Eve chaos at the West Sussex airport, admitting a lot more "could and should" have been done for customers.

The actions of bosses in dealing with a flood-hit airport on December 24 "fell short" and would have an impact on the airport's reputation, Gatwick chief executive Stewart Wingate told the House of Commons Transport Committee.MPs heard how the airport, expecting merely to have to contend with strong winds, had learned at 4.15am on Christmas Eve that the nearby River Mole would flood in half an hour.

It did so, causing flight-wrecking flood problems to the airport's North Terminal, with Gatwick management deciding to switch passengers from the North to the South terminal in an effort to get as many people away for Christmas as possible.

But easyJet, one of the airlines caught up in the chaos, told the committee that only four buses were available to ferry passengers between the two terminals.

Mr Wingate said that had it not been Christmas Eve with thousands anxious to get away for the festive season, the airport would have cancelled flights earlier.

He said the "unprecedented" terminal switch had been a "step too far" and he apologised to passengers, particularly those who had waited all day for their flight only to hear that it had, finally, been cancelled.

Mr Wingate said, clearly, the estimates would have to be revised and many millions spent on contingency plans to ensure there was no repeat of the Christmas Eve scenes. The flooding, he added, was the worst at Gatwick since 1967.

He told MPs: "We all decided we wanted to go the extra mile (to get people away for Christmas). It was a step too far.

"We did something with the best of intentions and we were partially successful. Half of the flights that had been due to depart from the North Terminal did so and all the South Terminal flights got away.

"We are very sorry about what happened to passengers."

Jason Holt, easyJet's Gatwick head, told MPs that he had been presented with scenes of "biblical proportions" in the North Terminal on the morning of Christmas Eve, with around 3,000 noisy customers needing to be quietened.

He said he had explained the effects of the flood to passengers adding that there were "a lot of distressed people looking to get away, many with youngsters and babies".

Mr Holt said that the airline had no screens, no IT and no information given to them. The airline, he added, had to "ferret around" to get information.

He said easyJet had gone along with the plan to move people from the north to the south terminal but it was only at 1pm that the airline heard that there were only four buses available to ferry passengers between the two terminals.

Mr Holt said: "We said four was not enough but we were told it was Christmas Eve and there weren't any more."

Peter Duffy, easyJet's customer director, told the committee that as soon his airline heard about the scarcity of buses a decision had been taken to cancel a number of flights.

He also told the committee that easyJet was still waiting to receive "a full contingency plan" from Gatwick that the airline had asked for when there was a flooding problem in October 2013.

Meanwhile, an investigation is under way after a passenger jet landed at Gatwick Airport without clearance from air traffic controllers.

The incident happened at 6.50pm yesterday.

A controller at the airport instructed the pilot to do a "go-around" (an aborted landing) because the runway was occupied by an aircraft that had already landed.

Air traffic control company Nats added that the jet's crew had acknowledged the go-around instruction but had carried on with their approach and the plane had landed anyway.

A Nats spokeswoman said that at the time the aircraft landed the runway was no longer occupied and safety was not jeopardised at any time.

She added that Nats was looking into the incident. The Air Accidents Investigation Branch is also expected to begin an inquiry.

Gatwick apologises over chaos
Up Next