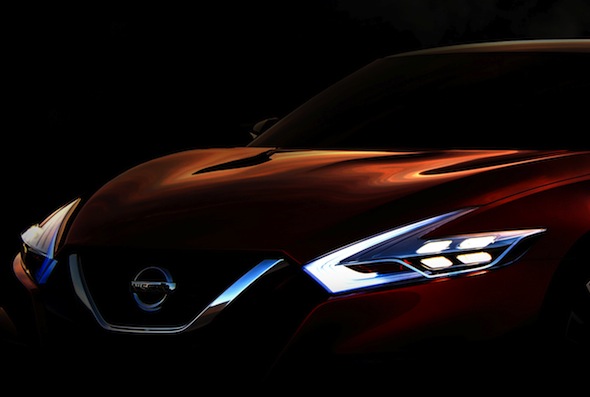 Nissan, it seems, is intent on making it known to the world that it produces daring looking concept cars – and its latest attempt certainly doesn't lack audacity.
Later this month at the North American International Show in Detroit, the Japanese firm will reveal its Sport Sedan Concept.

So far Nissan has only revealed a teaser image and the company describes the car as previewing a "new energetic design direction that amplifies Nissan's legendary approach of applying sports car principles to a sedan."

Unsurprisingly, the firm has chosen to reveal the sporty-looking saloon car in the USA because that's the market that is most interested in large, four-door Nissans.

But while it's unlikely to ever venture across the pond and be offered to the UK market, the Sport Sedan Concept is important stylistically.

According to Autocar, the concept will likely influence Nissan's forthcoming Volkswagen Golf rival – a car which Nissan hopes will take market share away from the much-loved German hatchback.

The Sport Sedan Concept will be joined by the Nissan IDx Freeflow and Nissan IDx Nismo which were both revealed at the Tokyo Motor Show in November 2013 – two other bold sports cars showcasing Nissan's possible future design direction.
Tags
Read Full Story