Review of the year: what happened in September 2013 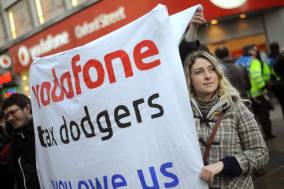 September was a bad month publicity-wise for Vodafone.

Hot on the heels of avoiding £35bn in tax on the sale of its 45% stake in US firm Verizon, it then revealed that 71% of the £54bn from the sale would go straight to shareholders. Kerching! to them, Kerpow! to the taxpayer.%VIRTUAL-SkimlinksPromo%

Much hated payday loan firm Wonga also revealed it was making more than £1m a week in profits after tax, with its £62.5m profit up 36% on 2012. Meanwhile, trade union Unite found in a survey that workers were borrowing £660 a month just to make ends meet - three times as much as a year before.

Financial firms were in the firing line. The Financial Ombudsman Service (FOS) said new complaints rose 15% to 327,035 between January and June on the prior six months. That was driven by a 26% hike in complaints about payment protection insurance (PPI), where people were charged for loan insurance that they did not need or could never claim.

There were fines elsewhere too, with accountant Deloitte fined £14m by the industry watchdog over "persistent" failings in its dealings with collapsed car manufacturer MG Rover.

It was a good month for housing news. Online estate agent Zoopla talked of a £1bn floatation and estate agency chain Foxtons was valued at £649m as it made its stock market debut. This was on the back of a bounce in housing activity. 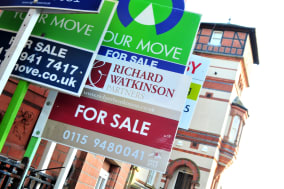 The Royal Institution of Chartered Surveyors (RICS) reported more properties coming on the market, with surveyors with increasing new instructions at 26% in August, from 16% in July. House prices were 5.4% higher than the previous summer as property market activity intensified, the Halifax claimed.

The Council of Mortgage Lenders (CML) reported that the number of loans handed out to people taking their first step on the property ladder was 40% higher in July than the same period a year before, and 5% higher than in June.

Downing Street insisted the Government would go ahead with Chancellor George Osborne's flagship Help to Buy scheme, despite a warning by Business Secretary Vince Cable that it could lead to a new housing market bubble.

Create a bubble? That very month a remote Scottish cottage with no gas or electricity went on sale for £225,000.

With Apple's new iPhone 5S due to go on sale, a queue started to form days in advance – and one enterprising individual put his spot at the front up for sale. Gad Harari, 17, set up a tent - complete with Apple MacBook laptop - and had already turned down an offer of £200, insisting he'd hand over his spot outside the company's Regent Street store for £1,000.