The cars we're most looking forward to in 2014 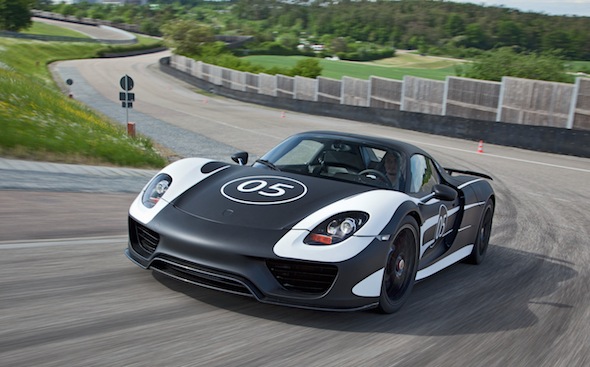 Next year sees the release of some very exciting vehicles: We're talking Ferrari's 950+bhp LaFerrari, Porsche's equally blistering 918 Spyder and the gorgeous Alfa Romeo 4C.
But at the very other end of the spectrum we have Volkswagen's all-electric Up! that could save city commuters a fortune in fuel bills, a new and improved Mini and a raft of new Ford models.

We are lucky enough to get up close and personal with many these motors and even take them for a test spin but here is a list of the models we are just dying to get our grubby mitts on...

Nissan will steal the headlines early next year when its best-selling Qashqai goes on sale, but we're looking forward to trying its bigger brother, the X-Trail. The last car was always one of our favourites, with a go-anywhere, rugged image. The new model debuts a fresh look and clever tech.

I can't understand Jaguar's logic behind launching the convertible F-Type before the hard-top, but I for one can't wait to get behind the wheel of the Coupe in 2014. The drop-top is one of my cars of 2013 and with the same performance and soul-stirring soundtrack, the Coupe is bound to be sensational.

I've always been a fan of Maseratis, the elegant lines and exquisite image screams, "I own a yacht," every time one jumps behind the wheel. The upcoming Ghibli will enter a segment not usually tackled by the Italian marque and the addition of diesel engine options will disappoint many, but it is the highly-tuned V6-powered S model that I'm keen to drive, simply for that Ferrari-tuned soundtrack and gut-busting performance.

Many doubted the desirability of the Porsche Cayenne when it first hit the scene but the German marque now produces and sells more SUVs than it does sports cars. The upcoming Macan is far prettier than the Cayenne, boasts a 335bhp, 3-litre engine in the most potent model yet can still handle the rough stuff off-road. It's set to be a thoroughly enjoyable test drive, no matter what.

All set to be the most retro sports car of 2014, the Caterham 160 is all about good old fashioned, back-to-basics fun. Not only does it look cute with those steel wheels, but it also uses a sweet three-cylinder 660cc Suzuki engine. Windscreen, hood and heater are all extras though.

As a Mini owner, I'm naturally interested in 2014's third-generation version. It may not look massively new but it's larger, better built and, shock horror, loses its trademark central speedometer. Can't say I'm a fan as yet but a test drive may change my view.

A stunning performance car, the new M3 is well worth getting excited about, and since the first official images appeared, I've been having sleepless nights. The new car will go back to the straight-six configuration of old, but with 425bhp on tap, it'll certainly have the performance worthy of its hallowed boot-badge.

With the furore surrounding the McLaren P1 and LaFerrari, it's easy to forget about the Porsche 918. I however, haven't, as its combination of hybrid-hypercar performance and subtly gorgeous looks makes it the car to look out for in 2014.

Salivate over snaps of the cars via the cars below

8 PHOTOS
Our most anticipated cars of 2014
See Gallery

The cars we're most looking forward to in 2014
Up Next