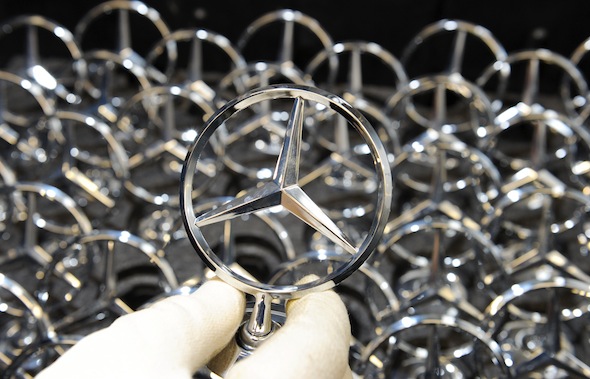 Maxine-Ann Sokil, 49, of Radford, Coventry, has been found guilty of stealing bonnet emblems from parked cars as well as handling stolen badges taken from Coventry's Transport Museum.
Coventry Magistrates Court heard how Sokil had stolen more than 700 badges from vehicles parked in and around the city as well as pilfering rare insignias from the city's motoring museum.

She was eventually caught out when a potential buyer recognised one of the more exceptional badges on auction website eBay and called the Transport Museum to raise the alarm.

Members of staff were able to identify the badges from their distinctive markings and the police were eventually called.

According to the Coventry Telegraph, Sokil claimed that the badges had been given to her by family members and she had bought the rest at scrap yards but magistrates found her guilty of theft, attempted theft and handling stolen property.

The Daily Mirror reported that she was given a 12-month community sentence with a supervision requirement and a 10-week overnight curfew. She was also ordered to pay £200 costs and a £60 victim surcharge while the 700 badges were seized by police.

Helen Whitehead, of West Midlands CPS, said: "When arrested, Sokil maintained her innocence claiming that she had purchased the badges legitimately through car boot sales and scrap yards, but she was unable to provide officers with details and locations of these sites.

"In this case, most of the victims failed to report the theft of their car badges and this enabled Sokil to escalate her criminal activity. Although such crime may be viewed by some as low level, it is exactly this type of offending which blights communities and has an adverse effect on victims."
Tags
Read Full Story