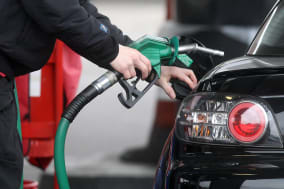 Could it be end of the road for supermarket fuel promotions? The Petrol Retailers' Association says supermarkets tying store spend to fuel discounts is driving independent fuel players to the wall.

Two Australian supermarkets have agreed to end the practice after the same concerns. How serious are the UK cheap fuel allegations? %VIRTUAL-SkimlinksPromo%

If you're an independent UK fuel retailer, you must pray that a Tesco or Sainsbury's keeps a respectful distance. The 'Big 4' supermarkets, Tesco, Asda, Sainsbury's and Morrisons, have all doubled their share of the retail fuel market to close to 50% in just over 10 years.

That's the claim of the Petrol Retailers Association, at least. Fuel sales for supermarkets can be a useful bulwark against any weakening of consumer grocery spend (though they often go hand-in-hand too).

"This follows the admission by Justin King, CEO of Sainsbury's, in a BBC Radio 5 Live interview that the only product sold below cost had been fuel."

"This was," he goes on, "said to have occurred over a 6 month period and increased Sainsbury's national fuel sales by 6%. This is the equivalent to the entire annual volume of 40 independent retailers. Such practices are causing the continuing trend of independent forecourt closures."

In Oz, the Australian Competition and Consumer Commission (ACCC) has now brokered an agreement with their 'Big Two' supermarkets, Coles and Woolworths. Both have quit making fuel offers.

Supermarkets should focus their price fight on grocery essentials says Madderson, so everyone benefits - not just those with cars. Madderson also wants the Office of Fair Trading to re-open their investigation into the UK market.

Bear in mind that grocery-fuel "savings" offers from large supermarkets may still not be so good value overall compared to increasing sales competition from grocery upstarts like Aldi and Lidl.

"Over the years," he says, writing in the Telegraph, "I have been able to prove that high-grade fuels deliver better economy. They also keep my cars' fuel systems clean and I never suffer from the kind of problems that sometimes occur with cars that only ever run on supermarket petrol."

Supermarkets to end fuel promotions?
Up Next