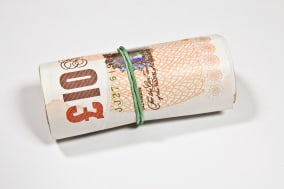 %VIRTUAL-SkimlinksPromo%More than 9,000 victims of the Equitable Life scandal are to receive a £5,000 compensation payment by early next week, the Government confirmed.

The single "ex-gratia" payment will be made to those who were shut out of the main compensation scheme because they bought their annuities before a cut-off point in 1992.
A further 450 policyholders who also receive pension credit will receive an extra £5,000.

The Government brought forward the timetable for compensation from April 2014 originally.

Financial Secretary to the Treasury Sajid Javid said: "In many cases the pre-1992 policyholders, the vast majority of who are very elderly, are facing financial hardship having received less than they expected from their Equitable Life policy.

"Having announced that we would make ex-gratia payments to this deserving group in the Budget, we have pulled out all the stops to make this happen.

"I am delighted that we are going to be able to make them next week, before Christmas."

Chancellor George Osborne announced in this year's Budget that the Government would make the ex-gratia payouts after campaigners including actress Honor Blackman carried out high-profile demonstrations over a previous decision to leave pre-1992 policyholders out of the compensation scheme.

The Government had previously set aside £1.5 billion to compensate existing and former policyholders at the society after the parliamentary ombudsman identified 10 instances of maladministration by regulators and Whitehall officials in relation to Equitable in the period leading up to December 2001.

It is estimated that policyholders at Equitable Life have lost £4.3 billion compared with if they had held their money with another institution.

Get up to 40% more income from your pension savings

£5,000 equitable payout next week
Figures from charity Age UK show that 29% of those over 60 feel uncertain or negative about their current financial situation - with millions facing poverty and hardship. Even though saving for retirement is not much fun, the message is therefore that having to rely on dwindling state benefits in retirement is even less so. To avoid ending up in this situation, adviser Hargreaves Lansdown recommends saving a proportion of your salary equal to half your age at the time of starting a pension. In other words, if you are 30 when you start a pension, you should put in 15% throughout your working life. If you start at 24, saving 12% of your salary a year should produce a similar return.
Many older couples rely on the pension income of one person - often the man. Should that person die first, the other person can therefore be left in a difficult position financially.
One way to prevent financial hardship for the surviving person is to take out a joint life annuity that will continue to pay out up to 67% of the original payments to the surviving partner should one of them die.

The disadvantage of this approach, however, is that the rate you receive will be lower. Again, the Pensions Advisory Service on 0845 601 2923 is a useful first port of call if you are unsure what to do.

Around 427,000 households in the over-70 age groups are either three months behind with a debt repayment or subject to some form of debt action such as insolvency, according to the Consumer Credit Counselling Service (CCCS).

Its figures also show that those aged 60 or older who came to the CCCS for help last year owed an average of £22,330. Whether you are retired or not, the best way to tackle debt problems is head on.

Free counselling services from the likes of CCCS and Citizens Advice can help with budgeting and dealing with creditors.

Importantly, they can also conduct a welfare benefits check to make sure you are receiving the pension credit, housing and council tax benefits, attendance and disability living allowances you are entitled to.

The average UK pensioner household faces a £111,400 tax bill in retirement as increasing longevity means pensioners are living on average up to 19 years past the age of 65, according to figures from MetLife. And every year in retirement adds an extra £5,864 in direct and indirect taxes based on current tax rates to the costs for the average pensioner household. You can be forced to go bankrupt if you fail to pay your taxes, so it is vital to factor these costs into your retirement planning.It is also important to check that you are receiving all the benefits and tax breaks you are entitled to if you want to make the most of your retirement cash.

The cost of a room in a care home in many parts of the country is now over £30,000 a year, according to figures from Prestige Nursing and Care. So even if the prime minister announces a cap on care costs - last year the economist Andrew Dilnot called for a new system of funding which would mean that no one would pay more than £35,000 for lifetime care - families will still face huge accommodation costs. Ways to cut this cost include opting for home care rather than a care home. Jonathan Bruce, managing director of Prestige Nursing and Care, said: "For older people who may need care in the shorter term, home care is an option which allows people to maintain their independence for longer while living in their own home and should be included in the cap." However, the only other answer is to save more while you can.
Older Britons are often targeted by unscrupulous criminals - especially if they have a bit of money put away. For example, many over 50s were victims of the so-called courier scam that tricked into keying their pin numbers into their phones and handing their cards to "couriers" who visited their homes. It parted consumers from £1.5 million in under two years. Detective Chief Inspector Paul Barnard, head of the bank sponsored dedicated cheque and plastic crime unit (DCPCU), said: "Many of us feel confident that we can spot fraudsters, but this type of crime can be sophisticated and could happen to anyone." The same is true of boiler room scams that target wealthier Britons with money to invest, offering "once-in-a-lifetime" opportunities to snap up shares at bargain prices. Tactics to watch out for include cold calling, putting you under pressure to pay up or lose the opportunity for good, and claiming to have insider information that they are prepared to share with you.
Up Next