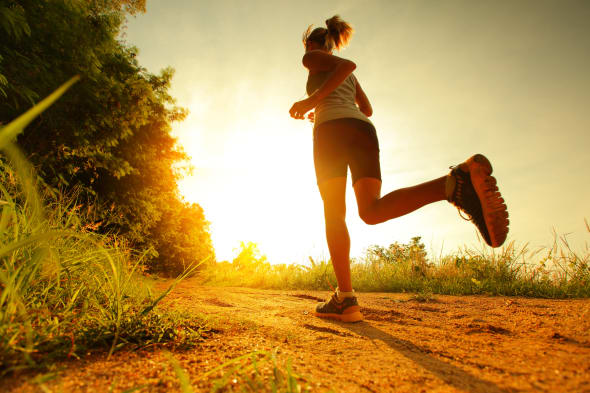 Krystine Rivera from Loudoun County, Virginia, USA must have been wondering when her luck ran out after being struck by an airborne deer, which moments before, had been struck by a passing motorist.
The series of events, that wouldn't look out of place in an episode of slapstick comedy animation Family Guy, occurred last week and saw 27-year-old Krystine jogging on a path adjacent to a busy main road.

An elderly woman piloting a large SUV vehicle then struck a deer that had "appeared from nowhere", sending it flying through the air before it eventually landed on the unlucky jogger.

According to the Washington Post, Krystine remembers running one minute and then waking up in the back of an ambulance the next. She said she remembers paramedics telling her they had to cut one of her favourite running shirts away because "it had so much deer blood all over it."

Krystine was taken to a nearby hospital where she was treated for concussion, a deep cut to her scalp and severe bruising to her right knee. The elderly driver of the SUV was also taken to hospital and treated for minor injuries while the deer unfortunately died at the scene.

"I'd thought that the run would make me feel better after work," she told the Washington Post.

"I was running, then I was on the ground and then was listening to the paramedic. I'm surprised I made it out alive," she added.

Barely 5-feet tall, Krystine's work colleagues had previously nicknamed her 'The Hulk' and she added, "I guess now they can really call me that."
Tags
Read Full Story