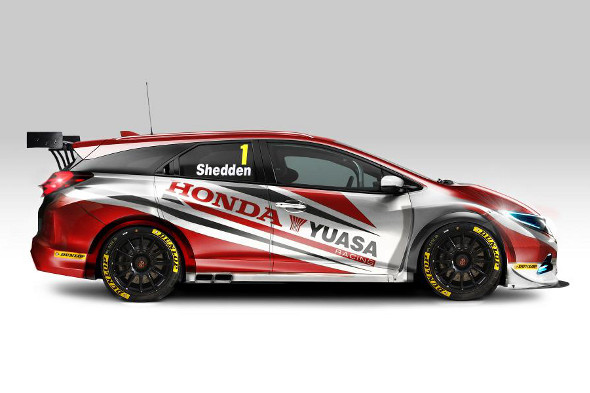 Honda's just announced that its British Touring Car Championship contender for the 2014 season will be based, on the Civic Tourer estate, rather than the hatchback.
It's an unusual decision, but one not without precedent, as Volvo famously ran an estate version of its 850 in its first season of BTCC competition way back in 1994.

That was a tongue-in-cheek nod to its reputation as a purveyor of boxy estate cars, but Honda's decision is likely to be more about publicising its first small estate for over ten years.

Nevertheless, the news got us thinking about fast estates. There's something about the idea of a practical, utilitarian wagon that's always been deeply appealing. So here are five our favourites from the annals of super-estate history

The forefather of all the current Audi RS models, and one of the first ever seriously quick estates, the RS2 was incredibly special. With parts of its undercarriage engineered by Porsche and a fabulously characterful 2.2-litre five-cylinder turbo derived from that featured in the Audi Quattro, it was a serious bit of kit – and today it's still just as exciting to drive.

As with the Audi, Porsche was involved in the development of the 850 T5-R, a limited-run special that gave Volvo's big estate a welcome dose of added aggression. Touring car inspired wheels, skirts and spoilers were added, and a one-off colour – Cream Yellow – was available to really set the T5-R apart. If Volvos had been innocuous before, they certainly weren't any more!

Top 5 Electrifying Estates
Up Next

Though other BMW M5s were produced in estate form, this was the only version that made it to the UK – and with a 500bhp V10 under the bonnet, it was quite easily one of the most ballistic ways of transporting a large load out there! But the M5 also offered a cosseting interior and fantastic, muscle-bound looks into the bargain too – not to mention a superb, F1-style V10 engine noise!

The Subaru Impreza estate was less well-known than its famous saloon sibling, but today it's prized as a left-field choice among those enthusiasts who appreciate the Impreza's 4WD grip and massive turbocharged power, but don't want to 'follow the crowd' by choosing the three-box version. Traction, power and practicality: the Impreza had it all sewn up in one decent-value package!

If you've a hankering for some American muscle in your life, but you have to have the practicality of an estate rear end, look no further. The SRT8 version of Chrysler's big, brash 300C Touring was big, bad, and very quick indeed! A whopping 6.1-litre Hemi V8 sat beneath its bluff nose, and power went to the rear wheels – an old-fashioned American muscle car in every sense of the word, then!
Tags
Read Full Story Click here to comment