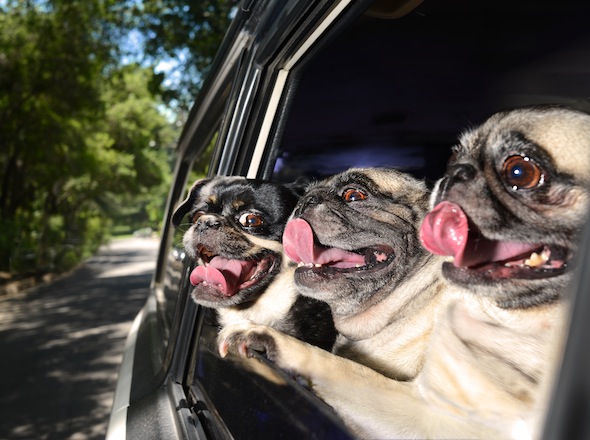 There's little more joyful in world than seeing a dog hanging its head out of a moving car window - tongue and ears flapping in the wind, an expression of unrivalled ecstasy painted across its furry little face.> American photographer Lara Jo Regan has tapped into this source of pleasure by releasing a 2014 calendar that features nothing but dogs lapping up the breeze as they speed down the road.

The calendar is set to become a Christmas big seller as customers tire of Cliff Richard posing in front of inanimate objects and the relentless stream of One Direction merchandise.

A strapline on the calendar reads, "whether it's a pug in a pick-up, a husky in a hybrid, or a corgi in a convertible, these exuberant photographs will keep you smiling all year long".

As to where the idea came from, Lara told The Scotsman, "I usually try to come up with ideas that are somewhat odd and complex to assure no one else is doing the same thing.

"But as an owner of three dogs living in the Los Angeles car culture, the idea was just staring me in the face." 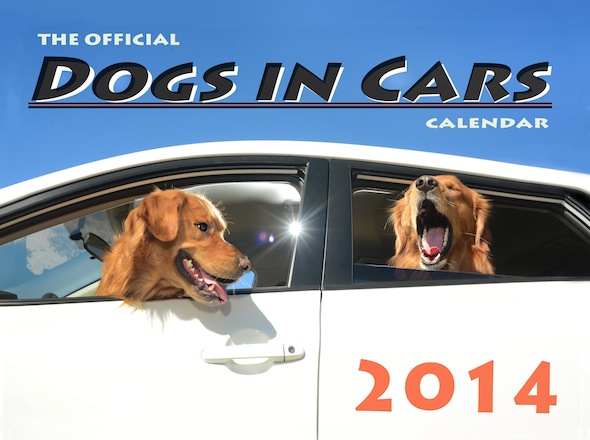 The project started with Lara borrowing friends' dogs, but to get a full range of breeds she had to resort to advertising online for some of the hard to come by pups.

Lara admitted that her favourite snap is the image that features three delirious pugs hanging out of a Volvo, she said: "A pug is naturally hilarious, but three of those faces slobbering in unison out the window of a moving car is an off-the-charts gut buster."

The calendar is available here if you fancy injecting a bit of drooling drollery into your life next year.
Tags
Read Full Story Click here to comment

Everton step up search for centre half after Jarrad Branthwaite injury