Video: Baby dolphin's 'thank you dance' after being freed from plastic bag 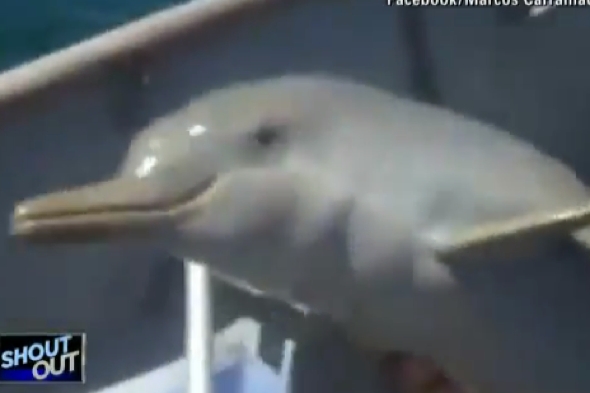 A baby dolphin appeared to give two fishermen a little thank you dance after they rescued it from a plastic shopping bag.

Marcos Carramao de Farias saw the animal thrashing around in the water off the coast of Sao Paulo, Brazil, reports Neatorama.com.

The two men use a fishing net to scoop the dolphin out of the ocean near Fort Itapiu and bring him onto the boat, where they remove the bag.

He is then released back into the water, where, to everybody's delight, the dolphin pops out of the water and wiggles back and forward seemingly saying thank you.

Video: Baby dolphin's 'thank you dance' after being freed from plastic bag
Up Next