Return to third class travel? Seats could be ripped out for cheaper trains 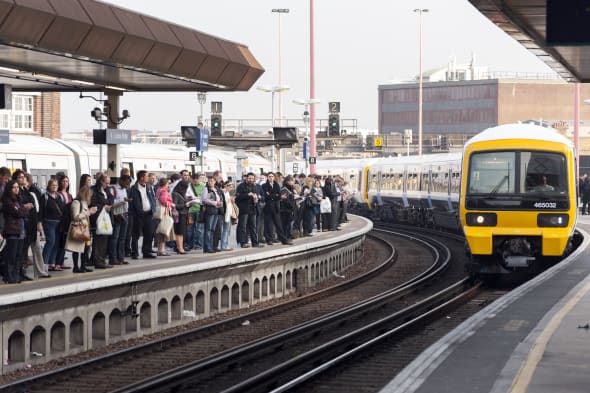 A plan to rip out train seats in some train carriages in the UK could help passengers and train companies save millions of pounds, says a new report.

The idea to create standing-room only carriages is being proposed by the Institute of Economic Affairs, which claims they would offer a cheap way of easing crowding on some of the country's busiest services.

The report argues that this would be far more cost-effective than building new lines, trains or longer platforms, which could cost billions.

Speaking to the Metro, head of transport Dr Richard Wellings said: "For too long, the government has squandered taxpayers' money on the wrong transport projects and failed to deliver value for commuters.

"Giving more choice and encouraging more competition could save the taxpayer considerable amounts of money and, at the same time, offer lower-cost travel options to commuters."

The carriages would be modelled on London Underground's new trains, which offer flip-down seats but with most room given over to standing space.

However, passenger groups have criticised the plans, claiming that everyone has the right to a seat and saying that the problems of overcrowding were not being fully addressed.

" What is needed is continued, substantial, long-term investment to provide longer and more frequent trains to reduce crowding in the first place, said Anthony Smith of Passenger Focus.