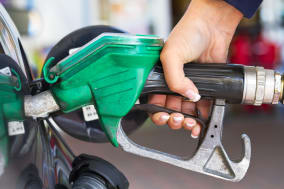 Oil prices have fallen as the nuclear deal between Iran and six world powers made it more likely that the sanctions choking Iranian oil exports would eventually be lifted.

Brent crude, a benchmark for international oils, was down 2.43 dollars at 108.62 a barrel in electronic trading on the ICE futures exchange in London. Benchmark US crude fell 85 cents to 93.99 on the New York Mercantile Exchange.
%VIRTUAL-SkimlinksPromo%After marathon negotiations in Geneva, Iran reached an agreement with the US, Britain, France, Russia, China and Germany yesterday to limit enrichment of uranium to 5%, far below the level needed for nuclear weapons.

Iran received limited relief from sanctions that have crippled its economy, but an embargo on its oil exports remains in place while negotiations continue for a more enduring deal to ensure the country uses nuclear technology for only peaceful purposes such as power generation.
If Iranian oil returns to international markets, the additional supply is likely to make crude less expensive.

Benchmark US crude is down from about 110 dollars in October because of ample supplies and muted demand.