What do we want from pensions? More money 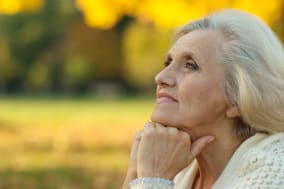 The pension industry is finally doing something it should have done a long time ago; asking consumers exactly what they want from their retirement.

The Association of British Insurers (ABI) is gathering evidence on the state of pensions and retirement. It's asking think-tanks, experts, consumer groups, its own ilk and most importantly you to try and work out what they need to do to make saving for retirement and old age better.


There are a few things that I personally think would make pensions better, and not all of them are the responsibility of the insurance industry and I don't think any of them are particularly radical.

The first is a guarantee on your savings. I know it's expensive to guarantee this and many insurers have tried - and failed - in the past to offer them but that's because insurance companies are too risk adverse when it comes to investing money even though that money is invested for an awful long time and the stock market traditionally goes up over long time periods.

The second is that pensions need to be more transparent. At the moment they're a mess of opaque prices and confusing jargon which makes people feel they're being hoodwinked even though they aren't a lot of the time. There are many pensions out there that are good value but people don't realise it because they don't understand them.

The third change pertains to retirement. Pensions are becoming better value but it doesn't matter if the annuity you buy (and most people do buy an annuity at retirement) isn't good value. We need an education drive to help people understand exactly what options they have a- most notably income drawdown - that could be far better suited to their retirement needs.

The final, and most important piece of the puzzle, had to be provided by cross-party consent; governments need to stop tampering with the pension rules and undermining trust in it. It's no wonder people don't save, to the point that we now have semi-compulsion through auto-enrolment if you can't trust the government not to levy onerous rules at some point in the future.

These ideas aren't groundbreaking and if the insurance industry is honest with itself it knows just what it needs to do to make pensions more attractive and to ensure people aren't suffering in poverty in old age; they need to put customers rather than profit first.
Tags
Read Full Story