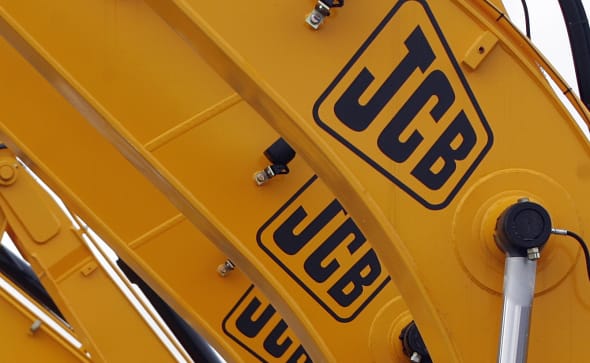 A fondly remembered JCB driver from the Halliwell area of Greater Manchester was give an unusual send-off this week when his coffin was driven on the front of a digger through the streets of Bolton.
The 'larger than life' character had been a JCB driver all his life so close friend Dawn McGuinness, who cared for Tommy Flynn in his later years, organised the procession on his behalf.

Ms McGuinness told The Bolton News: "The family knew nothing of this, but they all thought it was the right way to do it.

"Half the people in the street were looking at us agog and half were smiling because they knew Tommy."

Tommy Flynn died aged 76 after losing a two-year battle with cancer on November 2 of this year but he had become quite the character in the local area, known for driving everywhere in his JCB.

Ms McGuinness revealed: "He was a stubborn so-and-so at times and always had to have the last word on something.

"He was always on his JCB and would often drive it to the pub when he came for a pint. But he had a heart of gold. If someone was struggling, he would always try to help.

"He was also hilarious, larger-than-life - he would have us all in stitches."

The thoughtful procession was well-received and according to local reports, passers-by were stunned when the JCB trundled past sporting a coffin in the front-loader.

Spending cuts or tax rises? The choices facing Sunak to balance the books

State pension will increase by 2.5% next year, Government confirms