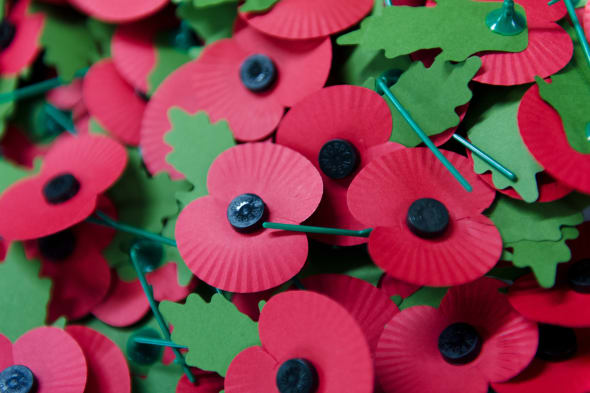 A driver for waste, water and energy management firm Veolia has spoken of his disgust at being asked to remove a Poppy Appeal sticker from the front of his work van.
James Yorke, who has worked with Veolia for 12 years, told The Portsmouth News: "I had a sticker in support of the Poppy Appeal and a large poppy on the front of my van and my manager told me to take it off. He ripped off the sticker and threw it away.

"I was just appalled by it and everyone I have spoken to about it is appalled."

Mr Yorke revealed that he has always supported the appeal by wearing a red poppy on his uniform but this year he decided to display a large poppy on the front of his van.

He said that he was aware of Veolia company policy that prevents drivers from cluttering up their vans but he saw vehicles from other depots displaying the red flower symbol so decided to follow suit.

Mr Yorke said: "The rules are there to stop teddy bears and lights and things like that but anyone with an ounce of common sense would see this is different to that."

The News contacted Veolia about the issue and the French transnational company promptly issued a statement saying: "We are very supportive of the armed forces and we employ a large number of ex-service personnel within our business.

"As such, it is not our policy to remove poppies from our vehicles.

"The poppies from the Portsmouth vehicle fleet were regrettably removed in error and will be replaced."

The statement continued: "As part of our commitment to the armed services we have contributed to the war memorial in Portsmouth and we will continue to encourage our employees to support a wide range of charitable causes."

Mr Yorke, whose grandfather was killed in the Second World War, was pleased with the response and said: "'It is nice to remember him. He gave his life for this country."
Tags
Read Full Story Click here to comment